ARE WE ALONE IN THE UNIVERSE? 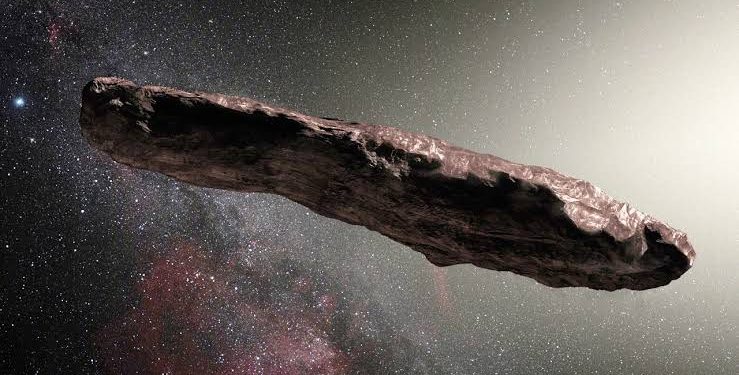 What if humanity has already experienced first contact with an extraterrestrial intelligence and didn’t even notice?

If we knew that they were intelligent aliens living somewhere out there in the universe, the most obvious questions would be: Do the aliens know about us? How far away are they? Do they possess the technological maturity to come pay us a visit? And if they do, what are their intentions? Ultimately, if we are not alone in the universe, it would probably be wise to lie low and be on our best behavior.

Prof. Avi Loeb and Shmuel Bialy published a paper in 2018 asserting that humanity likely had initial contact with an artifact of extraterrestrial intelligence one year prior and missed it.

The story begins on Oct. 19, 2017 in Hawaii when Astronomer Robert Weryk discovered the asteroid OUMUAMUA.

Oumuamua is not a normal asteroid rather, it’s an intruder from a distant star system, an interstellar interloper that meanders through the universe without being tethered to any star.

Oumuamua is the first and so far only visitor from another solar system. It’s surface is 10 times more reflective than ordinary asteroids and rotates every eight hours.