QATAR 2022: MESSI AND RONALDO STRATEGIZE ON HOW TO WIN THE WORLD CUP 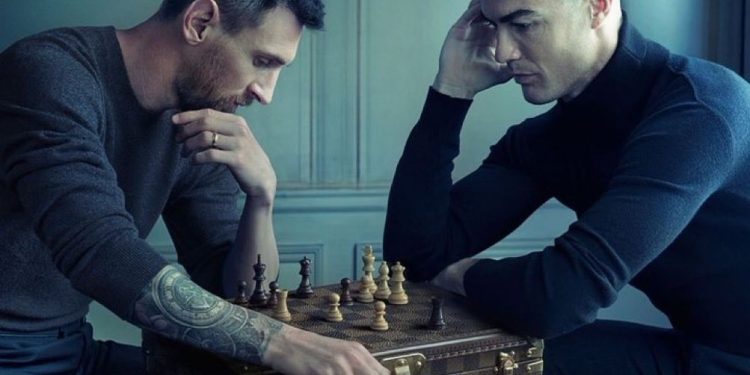 The trending picture circulating on social media has been referred to “as the best picture of 2022”.

While these two competed ferociously with each other especially at their time in Spain, their fans tore at each other in support and loyalty to their idols.

Messi and Cristiano brought out the best from each other, competing in a higher intensity and consistent level for over twenty years, breaking every records in Barcelona and Real Madrid.

A fan exclaimed “the greatest to ever live, Ronaldo and Messi, iconic.”

Another fan wrote; “the next generation will never relate when we tell them about these two.”