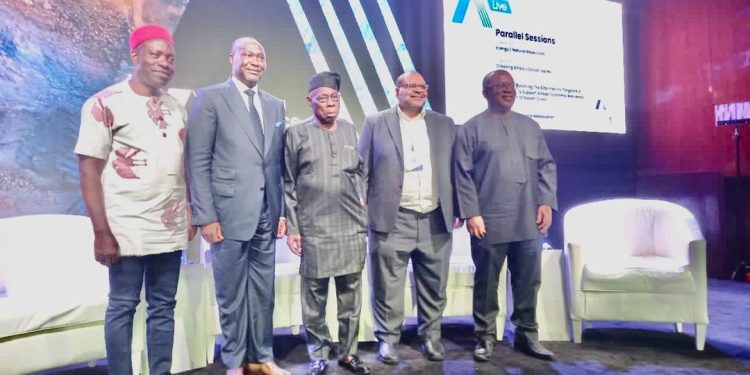 53
SHARES
213
VIEWS
Share on FacebookShare on TwitterShare on WhatsApp

For Chukwuma Soludo, Governor, Anambra State and former Governor, Central Bank of Nigeria, he is a man known for undertaking tough challenges for the benefit of the people.

As herculean as establishment of Africa Finance Corporation (AFC) was,  in 2007, Soludo envisioned and mobilized $1.1 billion dollars to establish the continental, private -sector driven, investment bank.

Today, the AFC, which the then President Olusegun Obasanjo considered an impossible idea when Chukwuma Soludo as the then CBN Governor mooted the idea of establishing the institution, has invested $10 billion dollars in infrastructure projects in 35 countries.

It was established a a Pan-African Multilateral Development Financial Institution to provide pragmatic solutions to Africa’s infrastructure deficit and challenging operating environment, to turn infrastructure into an instrument for change and be a game changer in terms of its catalytic role in moving Africa forward.

AFC is one major Pan-African institution where the private sector and public sector  meet, it’s purely an African capital, in terms of its ownership.

Since its establishment, AFC has consistently delivered fast and sustainable solutions to close Africa’s infrastructure gap and unleash the continent’s prosperity. The institution seeks to elevate Africa’s instrumental role as a critical engine of global growth.

Through investing in infrastructure, AFC is committed to helping the continent position for greater success in a world of growing crisis and complexity.

AFC is working to shine the spotlight on Africa as a major supplier of beneficiated resources, goods and services and as the primary source of metals and minerals for new energy transition.